We built the all-in-one Game Show Production system. So you can create high-end, professional gameshows.

We are a software development company based in The Netherlands and we specialize in the development of custom audience response solutions and interactive gaming concepts. Our mission is to offer the most flexible, most productive and best looking game show production software on the market.

A long, long time ago Michel and Bart were working for a very serious company, building very serious software for the insurance industry…

Every three months the company asked one of the teams to organize a small entertaining event for their colleagues to have a drink and relax a bit. When it was our turn we came up with the idea of organizing a quiz night. The first gameshow we built was made of an old keyboard we hacked with 6 guitar pedals linked to the function keys with long wires, connected to PowerPoint by a plugin we wrote. We programmed a nice quiz show, ran the show ourselves and had a great evening with our then colleagues. At that moment we realized two things: some people are better at presenting quizzes than at creating the tools for it (not us!) AND quiz shows are a fun way of interacting with people, our audience at the time was actively engaged and having a great time.

We ran the show, made fun of the boss and had a great evening. The only problem was that one of the guitar switches triggered the F1 function key, which was also the key to open the PowerPoint Help window. But hey, it was a beta version!

After that, we started building some prototypes for a better system and we even tried building our own wireless buzzers. We worked hard on the system into what became the first official release of QuizXpress! After the release of QuizXpress and getting our first clients, things expanded quickly. We got in touch with several partners globally, who helped us putting QuizXpress on the map.

For and with our professional users we expanded QuizXpress to become the all-in-one game show solution it is today. Our company is big enough to be a serious player in the market and small enough to create flexible solutions for our clients. QuizXpress is available in 5 languages and is used in over 1500 locations worldwide.

Does that mean we are almost finished ? No way! Keep watching this space for new exciting things to come! 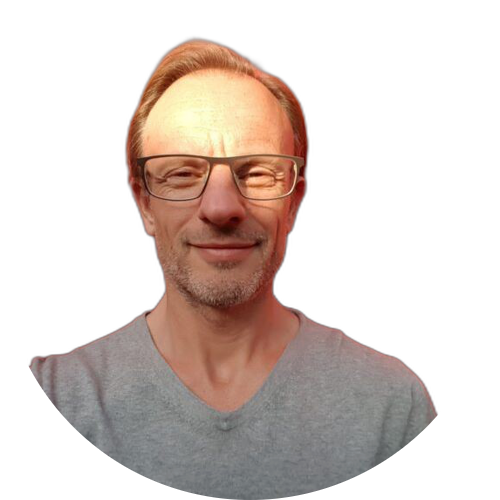 Bart has always been interested in how stuff works. After a study in electronics he switched to software engineering and that quickly became his passion. Building cool stuff that looks good, gives people a fun night and helps others building a business is a great joy to him. When he’s not coding QuizXpress he likes to spend time outdoors, hang out with his family or relax on his yoga mat. 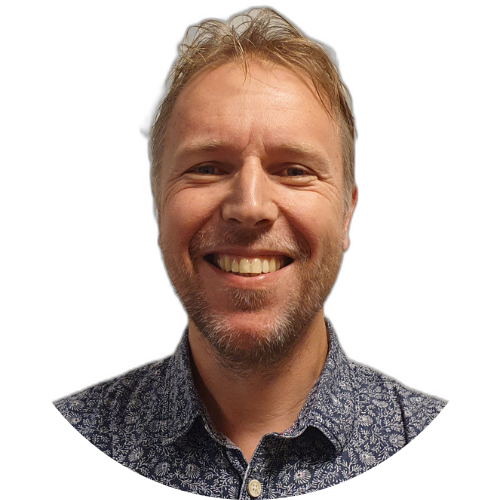 After his graduation from the Technical University Delft and working in the insurance software industry at HP in various roles, Michel started working on his life work together with Bart. QuizXpress!

Next to drawing out the QuizXpress road map together with Bart and working on the technical bits, Michel also takes care of sales and customer contacts.

In his spare time he likes to spend time with his family, play guitar in one of his bands, go for a run, ride the mountain bike, fire up the BBQ or travel around!

Stay up to date

Subscribe to receive updates when we release new features or products!

We use cookies on our website to give you the most relevant experience by remembering your preferences and repeat visits. By clicking “Accept All”, you consent to the use of ALL the cookies. However, you may visit "Cookie Settings" to provide a controlled consent.
Cookie SettingsAccept AllAccept
Manage consent

This website uses cookies to improve your experience while you navigate through the website. Out of these, the cookies that are categorized as necessary are stored on your browser as they are essential for the working of basic functionalities of the website. We also use third-party cookies that help us analyze and understand how you use this website. These cookies will be stored in your browser only with your consent. You also have the option to opt-out of these cookies. But opting out of some of these cookies may affect your browsing experience.
Necessary Always Enabled
Necessary cookies are absolutely essential for the website to function properly. These cookies ensure basic functionalities and security features of the website, anonymously.
Functional
Functional cookies help to perform certain functionalities like sharing the content of the website on social media platforms, collect feedbacks, and other third-party features.
Performance
Performance cookies are used to understand and analyze the key performance indexes of the website which helps in delivering a better user experience for the visitors.
Analytics
Analytical cookies are used to understand how visitors interact with the website. These cookies help provide information on metrics the number of visitors, bounce rate, traffic source, etc.
Advertisement
Advertisement cookies are used to provide visitors with relevant ads and marketing campaigns. These cookies track visitors across websites and collect information to provide customized ads.
Others
Other uncategorized cookies are those that are being analyzed and have not been classified into a category as yet.
SAVE & ACCEPT
0
0
Your Cart
Your cart is emptyReturn to Shop
Continue Shopping
Calculate Shipping

Thank you for your interest